From 6-9th June 2019, the Institute for Geography, Kiel University and Kiel Marine Science will host  a workshop of the Enjust Network for Environmental Justice. Deadline for abstracts 31.10.2018. For full details, follow the link below: 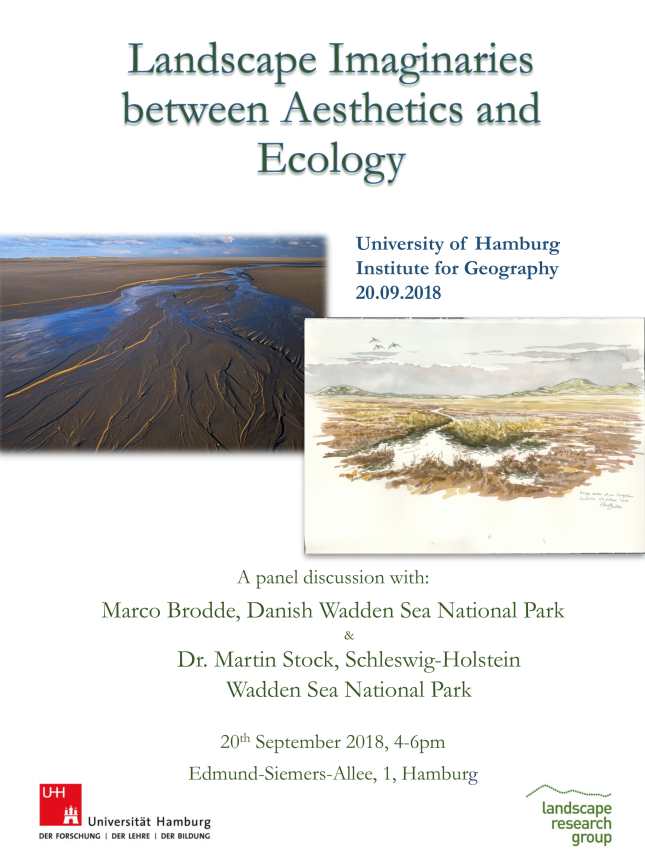 END_OF_DOCUMENT_TOKEN_TO_BE_REPLACED

Coasts are gaining increased attention worldwide as sites of dramatic and disruptive environmental change. Coastal settlements and ecosystems are particularly vulnerable to climate change and sea level rise (Moser et al 2012). Exploitation of marine resources also contributes to coastal change, resulting in subsidence or loss of land at coastal locations, including at Louisiana and the Dutch Wadden Sea (Wernick 2014, Neslen 2017). Despite the evident interweaving of the natural and the social, the ecological, and the political at the coast, coastal geography has long been firmly positioned within the domain of physical geography with comparatively little input from human geographers. Indeed within the social sciences more generally, coastal and marine spaces have tended to be marginalised in favour of land-based narratives of societal development (e.g. Gillis 2012, Peters et al. 2018). 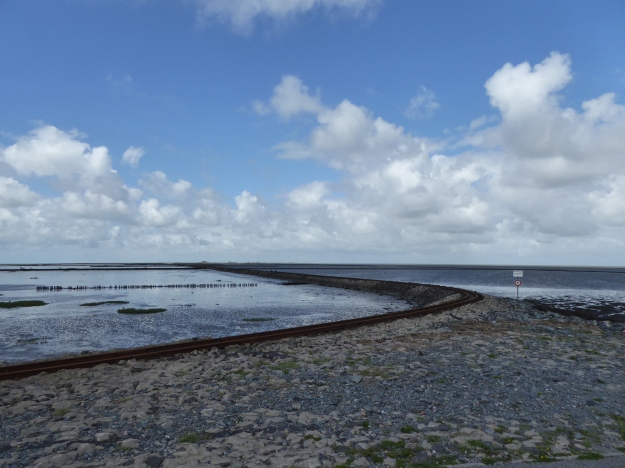 END_OF_DOCUMENT_TOKEN_TO_BE_REPLACED

The Marine Coastal Cultures Network convened a thematic session at a two-day workshop organized by the Strategy Group Marine Social Science and Humanities within the German Marine Research Consortium (KDM) on May 24-25, 2018 at Kiel University. The workshop was hosted by the research group „Social Dynamics in Marine and Coastal Areas“ (Kiel University, Institute of Geography). The full program can be found here. As an introduction to our session, Cormac Walsh took up the opportunity to introduce the group to the MCC network and blog (this website), present the brand new virtual bookshelf and invite participants to contribute. END_OF_DOCUMENT_TOKEN_TO_BE_REPLACED

The fiftieth anniversary Conference of Irish Geographers, took place at Maynooth University, (close to Dublin, in County Kildare) from 10-12thMay 2018. In response to a call for papers for a themed session with the title: Between Nature and Culture, Land and Sea: Spatial Practices at the Coast, Ruth Brennan (Centre for Environmental Humanities, Trinity College Dublin) and I convened a double session with eight papers[1]presented to a lively audience on the last day of the conference. We were particularly interested in papers which viewed coasts and coastlines as boundary spaces and explored ways in which natural and cultural values are contested and negotiated at the coast. With this thematic focus, the session built on recent work on cultural geographies of coastal change (e.g. Walsh & Döring 2018) and was informed by a broader concern to bring together perspectives from cultural geography and the environmental humanities.

The first paper, by Frances Rylands and colleagues from the interdisciplinary Cultural Values of Coastlines project at University College Dublin explored the concept of emotional ecologies as a means of incorporating cultural values in policy-making at the coast. Her paper addressed the question of how nature-culture relations can be narrated at the coast, working with through practices of story-telling and story-mapping. Drawing on the Lorimer’s Wildlife in the Anthropocene (2015), she spoke of the non-human charisma of seals and their role as digital personalities in the communication of particular images of nature at the coast. Her paper highlighted the importance of developing and articulating an ethic of care in relation to the marine environment and the potential role of story-telling in articulating otherwise intangible and difficult to grasp emotional responses and cultural values. 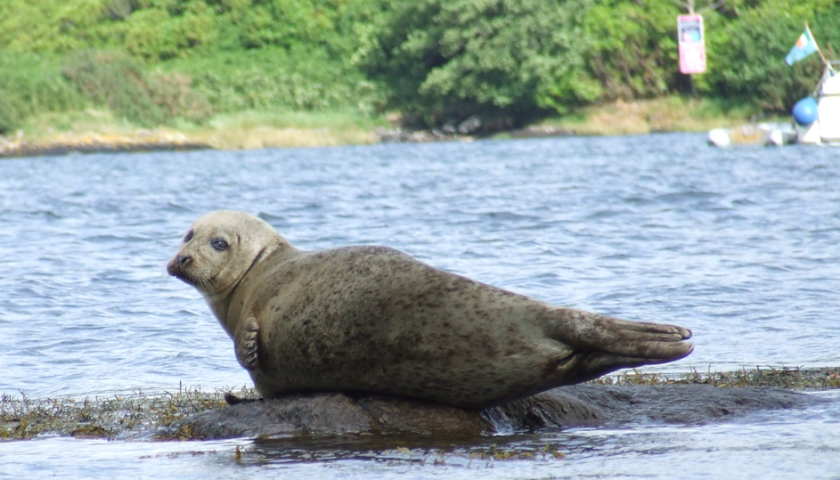 END_OF_DOCUMENT_TOKEN_TO_BE_REPLACED

by Owain Jones
The Tidal Cultures blog was started as part of a UK – Dutch research project conducted from 2012-2015. This was the Netherlands Organisation for Scientific Research (NWO) Arts and Humanities Research Council (UK) Humanities Research Networking and Exchange Scheme; “Between the Tides”:  Comparative arts and humanities approaches to living with(in) intertidal landscapes in UK & the Netherlands. Learning from those who live and work with complexity, change and fragility’: Dr Owain Jones; Countryside and Community Institute; and  Dr. Bettina van Hoven, Department of Cultural Geography, Faculty of Spatial Sciences, University of Groningen.

END_OF_DOCUMENT_TOKEN_TO_BE_REPLACED

The Wadden Sea constitutes an inter-tidal coastal landscape, reaching from Den Helder in the Netherlands, along the German North Sea coast to Blavands Huk in southwestern Denmark. This coastal landscape has been shaped over a period of a thousand years or more by dyke-building, land reclamation and drainage practices as well as periodic storm flood events producing a material and symbolically powerful boundary between the land and the sea. Today the inter-tidal landscape in front of the dykes is recognised as a unique, ecologically rich and diverse ecosystem of outstanding natural value with the status of a UNESCO World Heritage site. The status of the Wadden Sea as a natural landscape is nevertheless contested, particularly among the coastal communities for whom this coastal landscape is their home-place or Heimat (Walsh 2017).

The tidal landscape of the Wadden Sea coast has been argued to present a ‘mental provocation’, challenging the image of a clear and secure line of separation between land and sea, constitutive for modern scientific and administrative understandings of the ‘coast’ (Fischer, L. 2011). The Wadden Sea presents a challenge to this – literally – linear understanding of the coast in two senses: firstly the fluctuation and fluidity of the barrier between land and sea is prominently visible through the extensive diurnal tidal range, characteristic of this low-lying coast. Secondly, the historical record documents substantial shift in the physical location of the coastline as the consequence of catastrophic storm events, processes of erosion and sedimentation as well as practices of land reclamation. Since the construction of the first dykes in the twelfth century, the boundary between the land and the sea has been progressively pushed westward through extensive dyke-building and land reclamation (Krauß 2005). The history of the coastal landscape is also marked by catastrophic storm-flood events, which resulted in extensive loss of life, land and livelihoods. A storm-flood, recorded to have occurred on the 16th of January 1362 led to the loss of Rungholt in Northern Friesland, an important regional trading centre of time. Similarly engrained in the historical memory of the region is a storm flood event in 1634, which claimed almost 10,000 lives and the island of Strand (Quedens 2010). In Eastern Friesland, the village of Itzendorf was lost to the ‘Christmas Flood’ of 1717. In more recent times, a storm surge in February 1962 brought extensive damage along the North Sea coast and tested the existing system of dykes to their limits and beyond in a number of cases.

Map of Eastern Friesland showing the lost village of Itzendorf, northwest of the town of Norden, by Ubbo Emmius (dated 1595).

END_OF_DOCUMENT_TOKEN_TO_BE_REPLACED

It was in May 2017 that I became stealthy seawall walker, when I finally mastered the fear of losing my footing, clamored atop some loose concrete to gingerly tread the length of about half a mile above northern Manila´s cinereous-gray breakwaters. 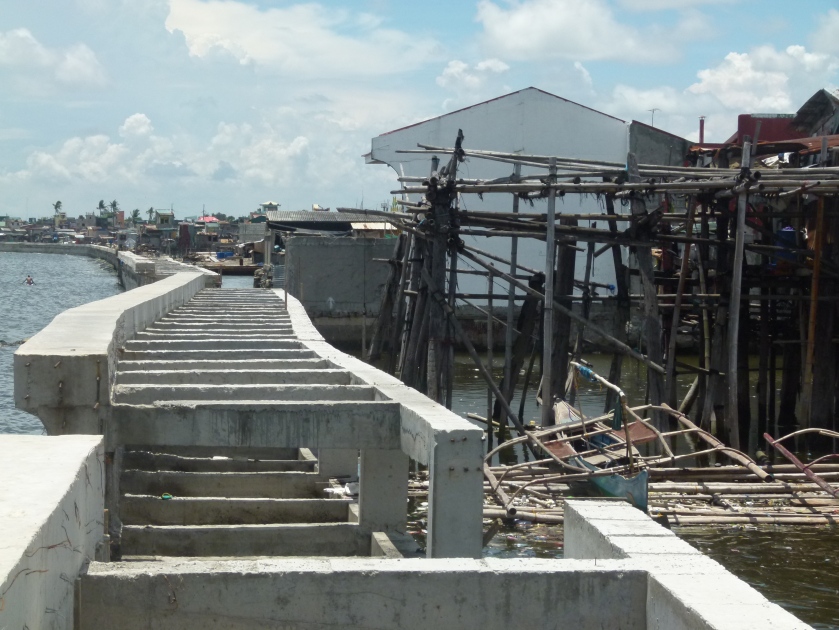 A dike in the making, Navotas City, Metro Manila

END_OF_DOCUMENT_TOKEN_TO_BE_REPLACED

For many fishermen, fishing is much more than a job- it is a way of life, providing fishers with a sense of satisfaction, a connection to the environment and, ultimately, with an identity and a community that spans across the globe. The Orkney Islands is a small archipelago located off the north coast of Scotland, with an inshore fishing fleet of over 100 boats, the majority of which are under 10m in length. Lobsters and brown and velvet crabs are the most valuable species to the fishery, and this is reflected in the presence of two crab-processing factories on the islands. My work with Orkney’s fishing community is grounded largely in assessing the value of the industry to the communities. While I originally began exploring the values of the industry through an economic lens, it was through interviewing and speaking to fishermen and their families I found that the values of the industry extend far beyond the price per kilo of a crab. 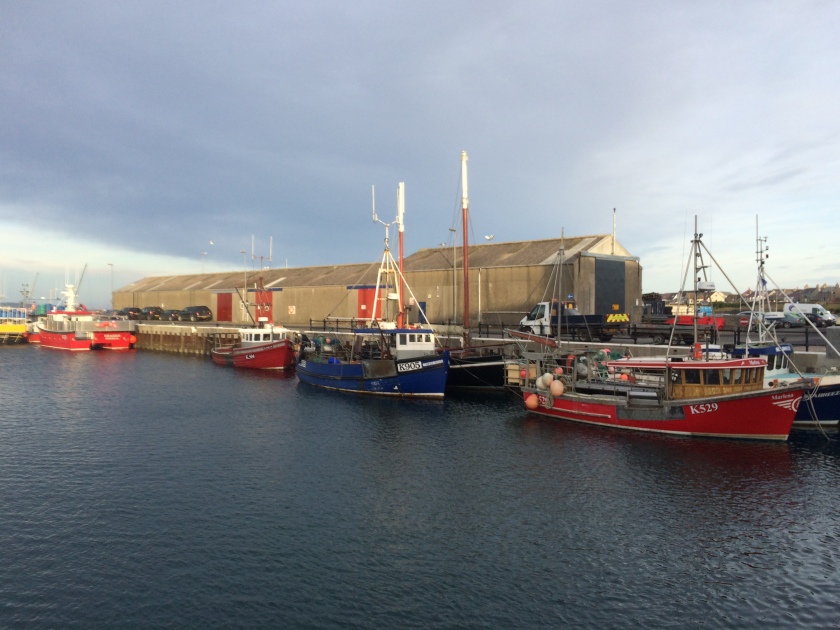 END_OF_DOCUMENT_TOKEN_TO_BE_REPLACED

In late 2017 / early 2018 two Special Issues of international journals (Global and Planetary Change and Humanities) were published which together constitute the Humanities for the Environment Report 2018 (HfE 2018). The HfE 2018 Report provides key examples of how “humanities research reveals and influences human capacity to perceive and cope with environmental change” and seeks to change perceptions of the Environmental Humanities (Holm & Brennan 2018, p. 1). Both Special Issues emanated from the European Observatory of the broader worldwide Humanities for the Environment initiative. In this context, the term humanities is defined very broadly to include the social sciences. The editors and authors focus very deliberately on the actual and potential role of the humanities and social sciences in relation to contemporary environmental challenges. The first Special Issue, edited by Poul Holm and Charles Travis, seeks to engage with the earth science readership of Global and Planetary Change. In what follows, I focus, quite selectively, on key insights from the Humanities Special Issue and in particular the introductory text (Holm & Brennan 2018) and the article of Billing et al (2017) on sectoral, policy and academic visions for the marine environment. Specifically, I focus on two insights concerning societal adaptation to change and the concept of ‘world-views’. END_OF_DOCUMENT_TOKEN_TO_BE_REPLACED